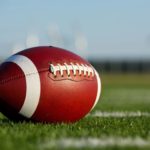 player protested in the same way at his California school’s games. Unlike the pros, he needed a court order to allow him to exercise his First Amendment right.

He began his protest soon after the start of the 2017-18 season. At a home game he knelt during the anthem. He said later that he did it to protest “racial injustice” in America. The game itself took place as normal. Nothing more evidently happened.

The following week at an away game he again knelt for the anthem. This time something did happen. Hours after the game students at the opposing school approached the player and some classmates. They made racial slurs. They threatened to force the player to stand. They sprayed a water bottle, getting a cheerleader wet.

When she heard what had happened at the second game the superintendent of the student’s school issued instructions to all of the district’s students. Henceforth, everyone was to stand for the anthem. She and the Board of Ed would discipline all rule-breakers.

Even though the football season had ended, the student played varsity basketball, and he wanted the right to keep protesting. He took the superintendent’s rule to federal court. He asked for an order allowing him to continue to kneel.

He argued that while he was at school, subject to the school’s rules, he still had a First Amendment right to “speak” about injustice. The district did not deny this right. It argued instead that the Amendment did not protect one student’s opinions when their expression disrupted other students’ activities and safety.

The Court applied the test laid down in Tinker v. Des Moines Indep. Comm. Sch. Dist.  Looking at the facts of the player’s case, it found no sign that his protest had substantially disrupted anyone else’s life at the district’s schools. It noted that at the first game he knelt peacefully. Nobody confronted him or objected. At the second game there were no fights and no real violence. The game went on as scheduled. The only people that made threats were students at the opponent’s school, and they only threatened to make the student stand. It did not help the superintendent’s case that her instructions outlawed even “peaceful” protests. The Court enjoined the district from doing anything to stop any such protests.

This student seems to have been the target of adult over-reaction and bad advice. Other students protesting the anthem across the country have faced the same mistakes. Unlike certain players in the NFL, at least they have not suffered any ill consequences from the exercise of their First Amendment rights.