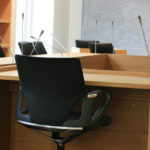 In July the Legislature amended CGS 10-222c on the subject of hiring teachers. Previously the law had required public schools to ask applicants if a former employer had ever substantiated allegations against them of sexual misconduct. The law also required applicants to admit if they had ever resigned in the face of such allegations. With the change in July, now applicants to private schools must follow these mandates as well.

Clearly, the change was driven by news reports in the past several years of students coming forward with allegations they were sexually abused by a teacher at their boarding school.

The statute does not define “sexual misconduct.” It speaks of the term in the same phrase with “abuse or neglect.” It also refers to investigations by DCF, other agencies and the police. Therefore, lawyers and attorneys for teachers in Connecticut can safely advise their clients that a charge of ‘inappropriate behavior’ does not mean as much as “misconduct.”